Childhood obesity is a heartbreaking and frightening issue. Kids are supposed to enjoy their childhood, running around playing games with friends, building tree houses, and making memories. But to have a condition that limits your ability to make memories at such a crucial time in your life is simply heartbreaking. Whats even more frightening is that obese children are much more likely to be overweight or obese in adulthood (Sahoo, 2015). As a society, we need to do something about childhood obesity, because it is simply cruel and unfair to put a child at a disadvantage at such young ages that will affect the rest of their life. In this paper, we will discuss 3 causes of childhood obesity and 2 solutions to each of these problems for each cause.

It is theorized that the primary cause of obesity is simply an energy balance issue between intake and expenditure (Sahoo, 2015). Because of this, the first issue we will discuss is intake, or nutrition. Within the realm of nutrition, some of the primary issues that have been found “...include fast food consumption, sugary beverages, snack foods, and portion sizes.” (Sahoo, 2015). Fast food has become an increasingly utilized source of nutrition for many families, as they choose the convenience and affordability of fast food (Sahoo, 2015). However, fast food is known to have a high number of overall calories and low nutritional value (Sahoo, 2015). Snack foods and Sugary beverages in children has also been shown to increase BMI over the years (Sahoo, 2015). Sugary beverages themselves tend to be very dangerous as they are not as filling as food due to their liquid state, yet can be extremely high in calories, causing the user to consume much more calories through the beverages than they could solid food (Sahoo, 2015).

However, there are solutions to these issues of dietary intake. First is the issue of fast food. Many fast food restaurants offer healthier options. Instead of a burger, opt for a lettuce wrapped burger. Opt for more vegetables with a salad. This would only be the first step in the solution, however, as I personally believe people should avoid fast food restaurants in general. My next step in this solution would be to meal prep. If finances are an issue, avoid organic foods. In my opinion, choosing non organic homemade foods can still be an improvement from eating fast foods. However, eating organic and fresh whole foods should be the long term goal. Choose a day to prepare meals, that way they are convenient. When you prep multiple days at once, there isn’t as many dishes to do as well. If you dirty a pan or pot every time you make a meal, that will take more time to clean than to simply prep multiple meals with the same dishes. Once the food has been prepared in advance, it then becomes a cheaper and even more convenient option than fast food, as the food is already ready to go and be eaten. No need to wait in line for fast food! As for sugary drinks, I simply recommend finding sugar free options that are naturally sweetened with a substance such as stevia. One affordable option would be vitamin water zeros. These drinks come in many different flavors, and are typically the same price as a bottle of water. Replacing sugary drinks with sugar free ones, as well as simply drinking more water, can have a significant effect on the overall daily calorie intake. With these 2 solutions (Meal prep and sugar free drinks), I believe significant strides can be made in battling both childhood and adult obesity.

The second large issue is sedentary lifestyle. Television viewing has increased dramatically within the past years, and “Each additional hour of television per day increased the prevalence of obesity by 2%.” (Sahoo, 2015). Not only is every hour spent in front of the television an hour away from physical activity, but also... “Research which indicates the number of hours children spend watching TV correlates with their consumption of the most advertised goods, including sweetened cereals, sweets, sweetened beverages, and salty snacks.” (Sahoo, 2015). This means television is not only keeping kids from physical activity, but it also causes them to consume more junk foods. This increases their caloric intake and decreases energy expenditure, a deadly combination and recipe for obesity.

One solution to the sedentary lifestyle and physical inactivity is VR (Virtual Reality) Games. VR Gaming is a very new concept, in which the user submerses themself in a virtual world with the use of a VR headset to play a game. VR technology is still in its infancy, and because of this it is still expensive and not accessible or ideal for all. However, once it becomes more accessible, it could be a possible solution to help increase physical activity. VR Gaming can be effective by making physical activity young and enjoyable for children, and thereby increasing their adherence to exercise (Kiefer, 2017). Also, VR gaming can create a safe environment for children to become comfortable with physical activity, then they can graduate to other forms of physical activity in the form of games with friends (Kiefer, 2017). The second solution would be to sign up the child for sports, or at least encourage some kind of activity in a social setting. In fact, social support has been shown to increase exercise adherence (Lemstra, 2016). For this reason, organizing activity with friend will be more effective in long term adherence.

The third and final cause of childhood obesity is genetics. Some studies have found that BMI is 25-40% heritable (Sahoo, 2015). That being said, genetics only accounts for about 5% of cases with childhood obesity (Anderson, 2006). With this being stated, the only real solution to this cause is to be extra diligent with physical activity and nutrition, as you cannot change your genetics (Sahoo, 2015).

In conclusion, the 3 causes discussed were improper nutrition, sedentary lifestyle, and genetics. Solutions to nutrition as an issue included preparing meals in advance and choosing sugar free drinks over sugary drinks. The solution to sedentary lifestyle included VR games and organizing social environments for children to play games, such as organized sports or simply organizing play dates and promoting playing outdoors. Finally, genetics was the third cause and the least prominent, only accounting for about 5% of obesity cases (Anderson, 2006). The solutions for genetic obesity is simply to be extra serious about exercise and proper nutrition in order to prevent or reverse obesity. With these causes addressed and given these solutions, I believe there would be a large decrease in obesity if these solutions were to be used on a large scale.

Obesity: Trends and Potential Causes. The Future of

(2017). Virtual Reality As a Training Tool to Treat

Introduction to the Three Key Training Principles of Performance

Is weight training safe for your kids? 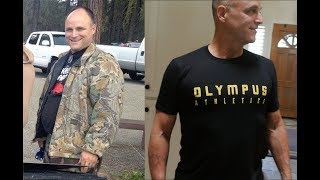 Dr David's Testimonial - A Baby Boomers Before and After 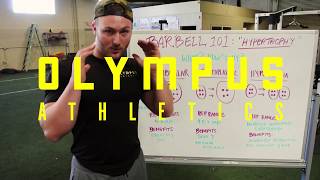 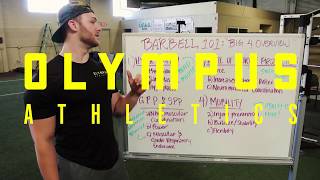 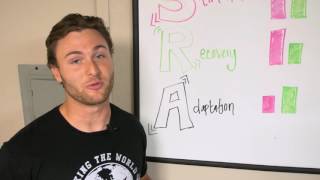 The Secret to Balance Exercise and Recovery

Is it Genetics? Or is it the Creatine? 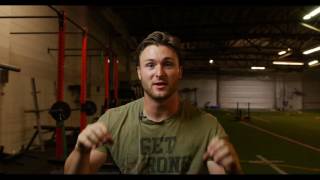